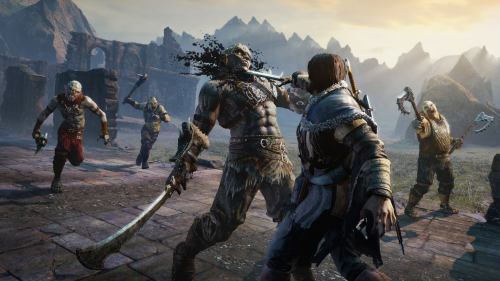 “Developer Monolith is provided the freedom of the M-rating, a means for a mix-in of squirting blood letting and physics driven head rolling. And yet, Mordor is artificial. It’s grossly violent only because it can be and the industry allows it. Talion’s less a hero than he is a vengeful spirit who kills without context, mostly because that context was considered unimportant enough to be brushed aside in mere minutes of an elongated story. There’s precedence of war, but no power of emotion. It’s a ridiculous one man slaughter because they’re ugly, he’s not, women are in trouble, and the square button hosts the traditional action function of slashing a sword… and a kiss.”

Read my full review for Shadow of Mordor at Pulp365