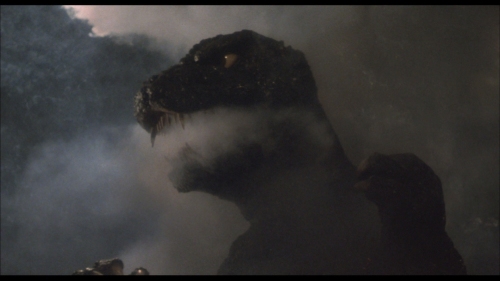 “In the back-half remains a big event monster picture, one elegant and ferocious despite some notably imperfect scenery. Godzilla’s obliteration of the Japanese mainland defense with a single breath connects to the allegory; Japan’s vulnerable against an irradiated threat. Once on land, Godzilla is less destructive than prior, more curious when dwarfed by the country’s growing economic status. Compare Godzilla 1954 and Godzilla 1984; the startling Western-like growth of the creature’s usual stomping grounds shows a country high in economic confidence, but in a film antsy about loss. The emblematic contrast is genuine.”

Read my full review of Godzilla (1984) at DoBlu