““Crackdown 3” makes The Agency a righteous hero. Before, they took on an anti-hero performance, a conventional spin on “Judge Dredd.” It’s an interesting transformation for “Crackdown,” dealt with a heavy-handed, anti-corporate mindset. That’s derivative in contemporary media. It seems implausible anyone chose to live in New Providence, poisoned water and blatant propaganda blaring over loudspeakers (which can be hacked to push Agency propaganda so no one wins). Then again, someone in real-world power does indeed want a wall to keep out refugees and people show support, so who knows.”

Read my full review of Crackdown 3 at Variety

Tagged as crackdown, Microsoft, Xbox One

“During the mid to late ‘90s wacky fighting games were a genre unto themselves. Killer Instinct blossomed from their existence. Descending into absurdity, the nobility of Street Fighter and shrewd violence of Mortal Kombat turned into all-out extremism. The genre underwent a cultural transformation.

Such schlock birthed Shadow: War of Succession on 3DO, where a Jane Fonda workout model battled shotgun-toting mobsters. Kasumi Ninja had a Scotsman shooting fireballs from under his kilt. In Tattoo Assassins a parody of disgraced Olympic skater Tonya Harding killed people with a zamboni.

These games found their master in Killer Instinct 2. It was brawny, bold, brash, and many other b-led adjectives—“bodacious” in ‘90s lingo. Killer Instinct’s team at UK studio Rare brought a violent, cheapo drugstore action figure line to life.” 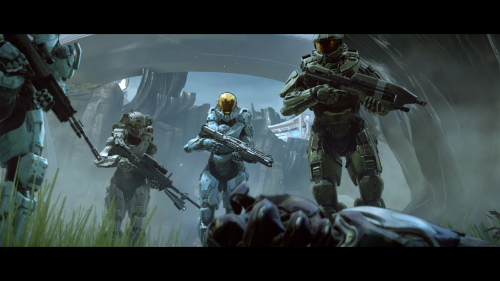 “Through progression, it would appear the interesting layers of the universe – gripping religious fanaticism and necessity of war – are being excised for a playable essay against progressive technology. Halo is stepping into Isaac Asimov and Arthur C. Clarke’s territory. What was once so unique has fallen into the derivative and intellectually stymied.”

Read my full review of Halo 5 Guardians at GameSkinny 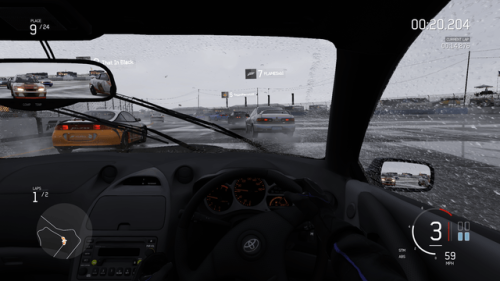 “A dramatic opening monologue begins Forza Motorsport 6, presenting the question of, “Why do we race?” It doesn’t have an answer, but does draw absurd metaphors for bullying and romance.

Forza is not done either. Motor journalists pad load screens with their haughty speeches, one correlating early race competitors to the likes of combat veterans.

Read my full review of Forza 6 at GameSkinny

“Gears of War is messy. Messy is what the series does best. Pacing, too, only not in an attempt to mold the once revolutionary (ignoring the N64’s Winback) duck & cover systems to traditional deathmatch forms. Comparatively, Gears is not interesting in this space. Cooperatively or alone, the steroidal-injected veins flowing under Gears’ skin better suits a narrative – namely the planet Sera’s saga of an invasive species at war against men, maybe a woman or two as well. But not here, not in multiplayer. Men and “things” just shoot one another aimlessly. With shotguns.”

“And now Master Chief Collection. Spaceballs was right – it is the search for more money. While film audiences groan and even chuckle internet-wide at errant remake announcements, video game players accept them, willingly, excitedly. That’s what bankable numbers do. X number of maps and Y guns and Z levels; merchandising campaigns write themselves.

Such a release claims Halo was initially crippled. Without the assistance of original developer Bungie, 343 debilitates it further. George Lucas revisits Star Wars and fans revolt, spending hours re-cutting and remastering on their own time to recreate what they knew. Gaming fans spend another $60.”

“Therein lies the heart of Sunset Overdrive: It’s a video game and loves being one. The whole thing sword swipes through the center of the broad social designation “gamer” and rummages through a cultural playbook to find more. Sunset Overdrive is a nerd and geek symbiosis, with the lead being a take charge hardcore type who splashes his/her knowledge of tropes as if deserving of a junk knowledge crown. As much as this perpetuates and enforces archetypal beliefs, it is also representative of a forged identity while reveling in the chance to celebrate what many see as the cornerstone of their entertainment reality.”

Read my full review of Sunset Overdrive at Pulp365.com

“Forza Horizon 2 may be the first exclusive to blow up Microsoft’s ideas of Xbox One to magnified size, that living room entertainment center where people gather to watch or play. Through tinkering functions, gameplay, system-level video capturing, and a blitz of in-game photography options, Horizon 2’s depth of sharing potential is monumental without exposing any stifling “games as a service” mantras.”

Read my full review of Forza Horizon 2 at Pulp365

“Stepping up to Powerstar Golf means inhaling digitally fresh air – it’s clean and pure even amongst dank basement game rooms. There is a purity which flushes some the eccentricity of Japanese developed golf in an exchange for vividly calming, picturesque sport. Despite only a drizzle of stimulating energy and almost becoming unseated by its money exchange rate, Powerstar is a swanky gig.” 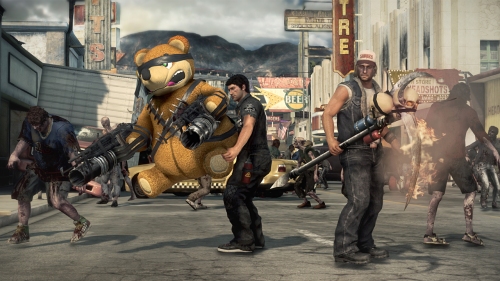 “What was conceived as a distinctly Japanese look at American culture (with uniquely Japanese design ideals) has completed a shift toward Westernized appeal. This explains a grittier vibe and touches of preposterous grindhouse cinema. DR3 is otherwise frustratingly serious in its direct narrative. There is no underlying satire and plot developments lean toward sweeping government corruption with limited touches of population control.”

Read my full review of Dead Rising 3 at Blogcritics